My name is Shane Agnew I became a quadriplegic on the 27th of February 2005 seven days after my 20th birthday after an off-road motorbike accident. Before my accident, I was living with my mate having the time of my life working during the week and partying on the weekend, as you do when you just turn 20. I thought I was invincible nothing could hurt me because nothing had before.

HOW WRONG I WAS!

I don’t remember much of the accident but this is what I know, I had been hanging out at a friend’s workshop, five minutes from my house. I left in my car and I drove straight home, when I got there I decided to be a hero and go back to the workshop on my trail bike which became the biggest mistake of my life.

As I geared up my friend ran outside and took the spark plug cap off the spark plug so I couldn’t start my bike because he didn’t want me riding alone. He didn’t take it off enough, the bike started and I took off down the road towards my mate’s workshop.

I decided to ride past it first and show off, as I rode past at around 80-90 km/h. I turned my head to my right to look down at the shed then when I turned back I ran straight into a freshly pruned bush. There was a branch in the bush that hit my helmet and pulled it off my head separating my skull from the top of my spine. 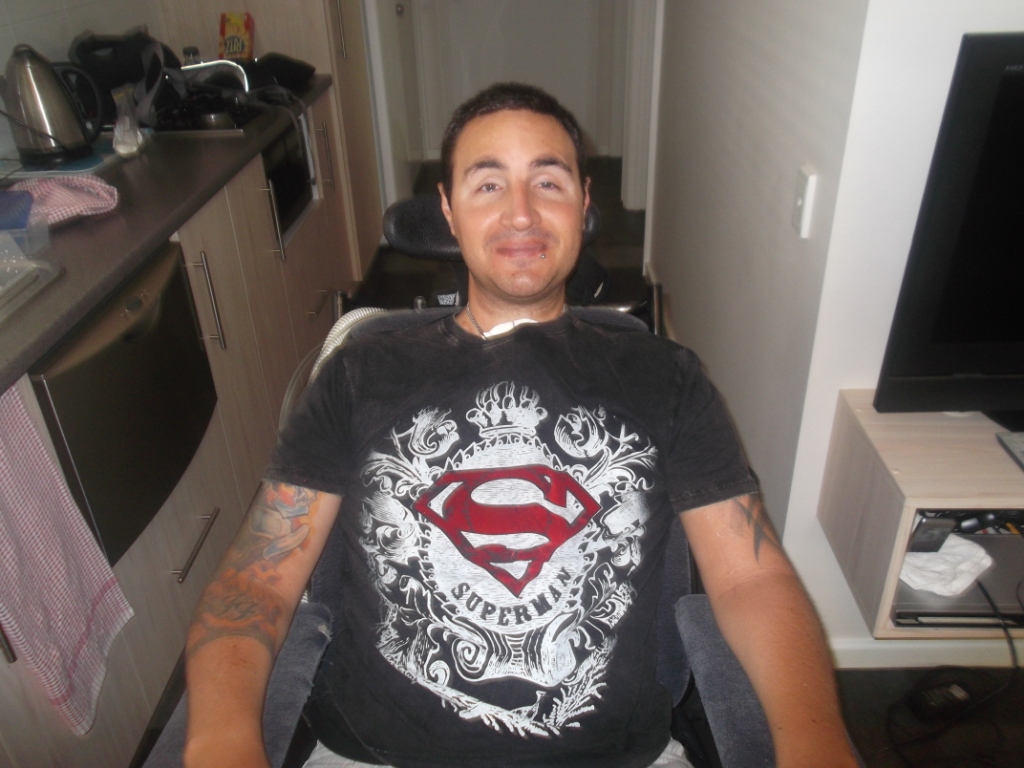 HOW I WAS SAVED!

I had approximately three minutes to live after the crash before my brain starved of oxygen luckily someone who was at the nursery across the road saw the accident and ran over to save me. When they got to me my head was dark blue it was obvious I had not long to live, A man started CPR while the other people called the police and an ambulance.
The police arrived a short time after and took over with the CPR, they continued taking turns for approximately 45 minutes until the ambulance arrived, the ambulance took me straight to Fremantle ICU

I got to Fremantle hospital ICU where I lay for four hours unknown because I had no identification. My friend finally found me by calling the police and hospitals because I had been gone for too long and was wondering where I was because he was under 18 the police had to get his fathers permission for him to be allowed to identify me.

I was unconscious for close to four weeks while my family and friends waited on the outcome, would I die, would I be brain damaged no one really knew not even the doctors. It was obvious I was going to be paralyzed and be permanently ventilated but it was my mental state was the worry. It was three weeks before I started responding at all, first with my eyebrows than my eyelids and eventually being able to mouth words which is how I communicate now.